For many people, finding financial security is the Holy Grail of finance. It’s what will finally help make them feel secure and be able to get on and enjoy their life. The problem is that many people think in grandiose terms about financial security: it’s about launching a successful business, winning the lottery or getting a huge promotion. But the truth is that these are rare events. Most people don’t find financial security through some life-changing circumstance. Instead, they get it by doing lots of little things over a long time. 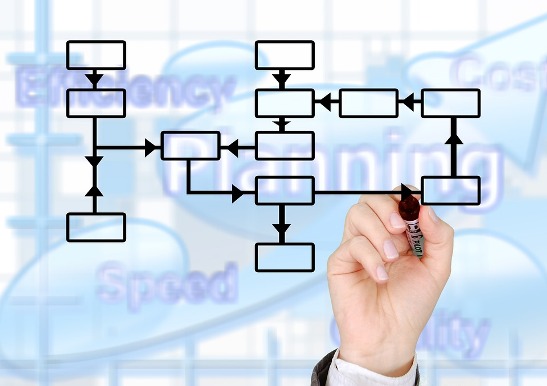 Here are some practical steps you can take to improve your financial security.

Begin By Educating Yourself
The first thing to do is to start educating yourself. Do you know what the tax rates are in your area? Do you know how to put money into a retirement account? Do you know what a broker does? All of these questions are important if you’re going to be setting money aside for a rainy day.

Recognise That You Are Your Most Important Financial Asset
Those on low incomes often think that people get wealthy because of some massive windfall or some enormous investment income. But the truth is that the majority of millionaires made their money through their own labour and effort.

The key point here is that your skills and knowledge are actually your biggest asset, not your house or your investments. It what you know and what you can do that will net you the most money in the future. The investments you make in yourself today could have enormous ramifications for your future. A new skill learned today could lead to better-paid positions in the future and advance your career more rapidly.

For those just entering the workforce, it’s good news. Baby boomers – the people who have held most of the senior positions in the economy up until now – are reaching retirement, and the need to be replaced by the next generation. There’s every chance that we could see a labour shortage in the future, meaning that there will be higher pay for those with the skills to replace them.

Think of yourself as an asset and invest in ways that will generate the biggest returns. Pay attention to the latest “in-demand” skills in the job market and try to find opportunities in those areas. You’ll never have to worry about unemployment, and the pay is exceptional.

Stop Saving, Start Planning
Research has shown that people who plan for the future often end up a lot wealthier than those who merely save for it. But what exactly is the difference?

A saver is somebody who carries on with their life as normal, going to work every day and then putting a chunk of the money they earn every month into a savings account of some kind. A planner is different. Instead of saving little bits of money here and there, a planner looks at the things that they could do today to end up with more money in the future. Rather than saving small amounts, they ask themselves if there is any way for them to build more wealth in the future. They set goals and come up with action plans to achieve those goals.

Entrepreneurs are another example of this. Entrepreneurs go into debt in the short run because they know that if they succeed, they’ll be able to build much more wealth in the long term.

Don’t Put Your Assets At Risk
Another good rule of thumb is to try to avoid putting your existing assets at risk. By all means, take out a loan, but make sure that it is a homeowner personal loan that doesn’t use your house as collateral. To build financial security, you need to make sure that the risks that you take with money don’t affect the wealth that you have built up already. Using your existing assets as leverage for your debts is a great way to destroy your financial security and potentially strip you of wealth.

Set Short Term Goals: The Longer Term Will Take Care Of Itself
Life is uncertain. Nobody knows what their lives will actually look like in 30 years’ time because of all the ways in which things can change over the years. Just think about your own life. Did you ever expect you’d be doing what you’re doing today ten or twenty years ago? Probably not.

Instead of locking yourself into long-term goals, focus on the short term. Do little things, like commit to paying off your credit card in full every month or setting a certain amount aside for your pension plan.

If your ultimate goal is to be worth a million dollars by the time you’re 45, then you need to set small goals in the interim. You won’t make it to a million dollars if you don’t get to a thousand first. Set yourself the target for reaching some fraction of a million in the short term and build your ambition from there.

Always Lag Your Lifestyle Costs
You probably know somebody in your life who blows through all their money the moment they earn it. These people, unfortunately, will never achieve the financial security they covet because their income always matches their expenses.

A much better policy is to make sure that your lifestyle lags your income. If you suddenly get a better paying job or have success in running your own business, don’t immediately start buying luxury yachts and expensive holidays. Instead, sit on it for a while and let it grow in a savings account or on the stock market. Never feel entitled to a certain standard of living: this gets people into trouble.