We could all do with another source of income, right? You may have never considered it, but you might be sitting in one right now! If you’re a homeowner and you’re in need of some more capital, then your property could be the answer to your prayers. Here are a few of the proven methods you could use to gain money from your home. 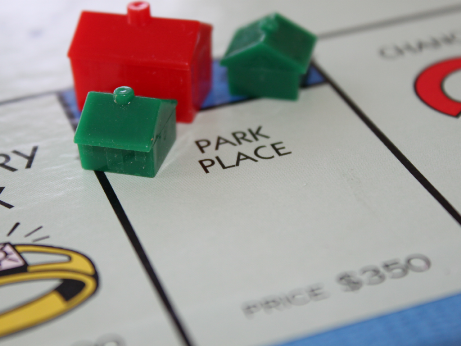 If you can’t become an influential property tycoon, then the next best thing is renting a room out. Through renting, you can earn up to £4,250 per annum without paying a single penny in tax. No, I’m not suggesting you commit fraud! This is an intentional tax incentive, which is being used as a response to the housing shortage. While renting can be a fantastic source of income, the big, glaring downside is having a stranger living in your home. Obviously they’re not going to be a stranger for long, and the majority of tenants are tidy, respectable people. However, if you’ve been used to total privacy for a long time, then it can be a pretty heavy adjustment to make.

If you’re over the age of 55, then equity release could be another good way of making money from your property. Equity release refers to a number of different products, which all allow you access to some of the value of your home. You can receive this as a lump sum or a gradually released fund, whichever suits you better. Make sure you understand both sides to it though. If you take out a lifetime mortgage as part of your equity release, then it will usually end up more expensive than a regular mortgage. Also, once you release the equity on your home, you’ll find it difficult to gain any more capital from your property later in your retirement.

Finally, there’s the unstable method of renting your home out as a set. Obviously, this isn’t something you can decide to do on a whim, and it’s not an option for everyone. However, it is possible to have your home used as a set for TV or film. You’ll have to advertise through an agency, which will take a cut of the earnings. When you find out just how much they are though, I don’t think you’ll mind too much! You could earn hundreds a day if your home is selected. However, you’ll have to find somewhere else to be for most of each day. It’s also highly unlikely that your home will get picked several times, so don’t go after this thinking it would be a regular source of income. Aside from the money, seeing your home on a professionally produced film is payment in itself!

I hope that at least one of these methods suits your personal circumstances. Almost any property will have some dormant capital in it. all you need to do is find out how to seize it!