There are many occasions where the average citizen is raises the idea of return on their savings or capital so that they can get some gains that allow them to increase their heritage or simply make an extraordinary expense staff in charge of the benefit achieved by investment. 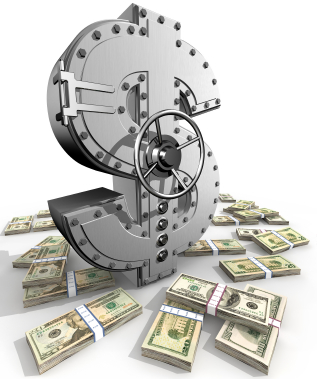 When we think of investing some of our money in stock exchange markets, tend to be clear that while voluntarily assume the risk of monetary loss which is usually closely related to the hypothetical returns that at first we want to get.

The possibility of a fall in the value of our chosen value or values enter into our investment strategy, which should have provided protection measures – Stop Loss – so that such losses do not exceed the ranges specified for that own equity investment.

The psychological issue is complicated for the “small and medium investor” as he puts his money in fixed income financial assets, money and even monetary deposits with the confidence not to take any risks, not to be this type of financial products which are subject to logical fluctuations of stock markets.

Investment in fixed income security guarantees as to the profitability reached a preset time period and usually makes it easier to rescue at least at face value.

Viewing the two forms of investment – equities and fixed income – you might think that investing in bonds is the solution to “not spend sleepless nights dreaming of losses from our capital”.

This was quite true until a few years ago but began to change due to the sad and cruel arrival of the economic and financial to the euro area.

The severity of the crisis forced the most severely affected states have to make a macro restructuring of the banking system with the financial risk to depositors and investors on assets heretofore considered safe as they could be “preference shares”.

In a matter of months, with the suspicion that some banks had serious loss of liquidity – by its poor management directive – overcome their own funds, increased withdrawals by their customers making it impossible to survive without support and rescue State to prevent the banking chaos in the country and its contagion to the rest of the EU financial system.

After the time of the years of the great depression American, the international banking system began to protect the crisis and banking panics, indeed to its customers, through the mechanisms of state deposit guarantee in the form of “insurance”, paid by financial institutions to protect and ensure a minimum but sufficient money to guarantee deposits opened by customers.