To become successful, you need to develop financial literacy. Sometimes even the difference between assets and liabilities is confusing. The assets produce money, whereas the debits eat it. When money is placed in assets, such as stocks, bonds and property, it is possible to gain money. Liabilities are things that cost money. A car loses 25% of its value the same day that is purchased. Moreover, many other associated costs, such as: insurance, registration, maintenance costs and loan repayment if it was not acquired for cash. 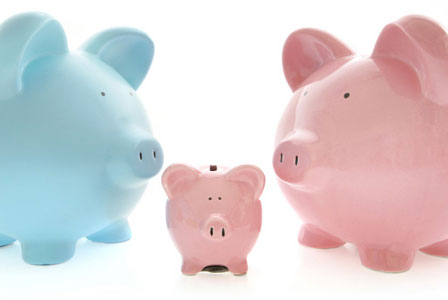 The rule to be a good capital is putting money into assets that produce income. This does not mean it is not important to buy a house or a car, but should not be considered as assets. As we mentioned earlier mind you generate expenditure rather than generate profits.

Compare the flow upper class, middle class and lower class. The latter tend to spend all your money on subsistence goods (food, clothing, taxes, etc.), no matter what your income. Everyone needs this, but the lower class usually spends all their income on these. The middle class tends; meanwhile, spend their money on liabilities, such as credit accounts, personal loans, etc. Instead, the upper class or the truly rich and entrepreneurs invest their money in buying assets that produce income. Wealth does not have as much to do with the level of income but the pattern of expenditure. Even people with high incomes may break easily. Usually, people who win the jackpot lottery return to the point where they were within a few years. If one wants to change their financial circumstances, it is necessary to change our pattern of expenditure first and this must start at our social core family, here is where to play this very important role. If you are trapped in a hole, stop digging.

Society teaches us to search for a better salary or a second job and work harder, believing that more money would solve the problem but, in most cases, it will not. That is why choosing a job in which they are paid enough to survive.

Most people let their emotions dominate their thinking when it comes to money. Most people mastered by his emotions of fear (not enough money) and his desire (to have things) and the desire to be accepted and be within the standards established by the same company. The fear of not having money leads us to work hard and then when we received our pay, desire leads us to think about what we can buy. In this way, turns on a pattern of which few people manage to escape.

If they offered more money, they will continue the cycle, also increasing their spending. If the fear of not having enough money, rather than rush immediately and get a job to earn a salary that decrease the fear, should ask this question: is this work the best solution in the long term, to end this fear? You should always accept emotions, but not allow them to intervene in thought.

The majority of middle or low class families, who continue struggling financially, depend on their weekly wage. The security provided by the employment is now a matter of the past, which should not depend.

While the upper class is focused on increasing their assets, the rest focuses on increasing their income. But the costs and liabilities increase in line with revenues. Most people run to buy: expensive consumer goods, home entertainment systems, cars, clothes and vacations, as soon as they can. Instead, the rich delay this until they have a portfolio of assets that assures stable income.

The most common stones in individuals

Fear: Nobody likes to lose more money within the family where money plays a crucial role. However, if you are not able to deal with fear, be impossible to make money. One of the most common reasons for lack of financial success is that people are not risking enough.

Cynicism: Don’t listen to neither cynicism nor that of others. Especially not follow advice of people or someone who has not done what you want to do. The majority of the people give tips on things that do not know anything. Do not let this influence us.

Sloth: People can be lazy in several ways. There are people who do everything but what they should really do. A good way to overcome this would become a little greedy. Think of all the things we have and do once we’ve achieved our financial goals.

Bad habits: create good habits yourself, especially in the area of money. Pay or reward ourselves, but not in the way that we are used i.e. travel, clothing, articles, etc, if not in savings or investments before we do anything else with our money.

Arrogance: Many people talk about finances without having any idea of what they say. When we do not know about something, let’s face and educate ourselves about it.

It is normal for a person without financial intelligence waste money on things that could be no immediate need only to satisfy certain standards to society, or to fit into a social group, the fact is that the reality is different, at present the poverty rate grows, if you want to be successful from a financial point of view it can be based on perseverance, intelligence, cunning and especially great determination.